A fine and festive GURPSDay to all!

I ran my “Hell on Wheels” GURPS biker/werewolf game at last weekend’s Gateway 2016 convention, and it went really well — I had an absolute blast GMing it every time, and all three groups said they had a great time playing it. There was a nearly perfect 50/50 split between those who had played GURPS before and those who hadn’t. Even better, I had no less than two players (from different groups) tell me flat out, “This is only my first/second RPG ever, and when I asked my boyfriend/roommate which games to sign up for, he said ‘Look for anything Mook is running.'”

It’s hard to put into words what something like that means to me. When people come to my table with an expectation that they’re in for a good time, and even more so when they leave the table having had a good time… it fills me with a pride like nothing else. It is humbling, exciting, and nerve-racking all at the same time. So thank you, players, for giving me a chance to be part of your convention experience. You are awesome. 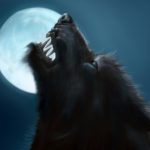 I hope to get all of the notes and characters for the game posted soon, but in the meantime I wanted to share two GMing lessons that I (re)learned at Gateway. Whether you’ve heard them once or a hundred times, I think they’re important.

The Players Want To Have Fun

With exceedingly rare exceptions, the players want to have fun. They’ve made an effort to get to the game, to arrange their schedules, to maybe make characters… they want to enjoy themselves! If I lose count of how many rabid Kobolds they’re fighting, or forget the name of their NPC employer, or make a mistake doing the math on a dice roll… they just don’t care. We’ll have a chuckle over it, move on, and forget all about it (again, usually — sometimes, there’s that guy).

What reminded me of this was this game’s MacGuffin. The whole thing that got the PCs moving and on the road, the only task they had to accomplish for their boss, the sole reason for the adventure was for them to make an exchange with some other bikers to get an important USB flash drive and return it safely to their club president.

Not a single player of the 15, from 3 groups, ever asked what was on it.

It was enough just to know that it was an important part of the story and that they had to get it back. I knew that it contained detailed biographical data of dozens of local prosecutors, investigators, and law enforcement, and that it was being given to the PCs’ gang as a reward for their actions helping another gang’s member a month earlier, and that the PCs’ gang could use that info to carefully blackmail their way out of the ever-growing RICO case pending against them.

But in the end, none of that mattered. The PCs were ordered to get it, it sounded like fun, so they just hit the road with a cheer and a smile and went to get it. Sometimes, all I have to do for everyone to have a great time is just stay out of the way.

Let Her Be A Werewolf

I realized the much more important lesson a few minutes after the third game, but it requires a bit of setup.

The players in that last run-through were fantastic to a soul, a really fun table. There was one in particular, mentioned above, who was playing her second RPG ever with “Hell on Wheels” and seemed super enthused and excited to play.

For the adventure, the PCs basically outlaw-biker their way down a highway of encounters to retrieve and safely return a prized USB drive, only to discover a pack of werewolves (technically, skinwalkers) at the end. Hilarity ensues.

As soon as they encountered their first creature, she immediately blurted “I wanna be a werewolf!” and we all laughed, and then she hinted at it again after a couple rounds of combat. Clearly, she was enamored with being a werewolf, if even for just a few minutes (we were in the final combat), so naturally I gave her the opportunity. Instead of raking with its claws, the beast bit her deeply on the shoulder.

And then, the blunder… I asked her to make a HT roll to resist the “infection.”

It was instinct. The majority of the time that would be a perfectly sensible request, because most PCs don’t want to be werewolves. But… she did. She succeeded on her HT roll, the lycanthropy was rejected, and I didn’t think much of it. The game went on to a rousing finale.

I had fun, she had fun, we all had fun — it was a great game all around. But a few minutes after the players had left and I was in the ritual of packing up all my doodads, it suddenly occurred to me: her game would have been even better, even more epic, if she had turned into a werewolf. Worse, there was absolutely no good reason she couldn’t have.

I mean, the game was ending in 10-15 minutes anyway. The PCs had succeeded at everything they set out to do — they had the illegal drugs, the USB drive, and no one was dead or dying. There was literally zero downside to just ignoring the HT roll and allowing the narrative of “the bite of the creature infects you… changes you… you’re a werewolf!” to take hold.

So, live and learn. You don’t always need the dice. In fact, sometimes it’s better for the whole game if you just leave them on the table. I’ve realized this before, and will likely realize it again once I forget it. But sooner or later, remembering the lesson before I make the mistake will become the instinct, and then it’s werewolves for everybody. You get a werewolf! And you get a werewolf!

Have You Seen The First-Ever “Powered by GURPS” Kickstarter?? 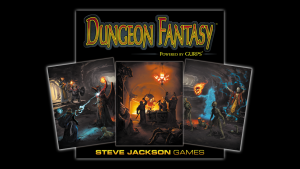 If you’re a fan of “OMG I’m holding it in my hands!” GURPS products, then you’ll want to check out this project. Steve Jackson Games, long may they reign, has made no secret of the fact that they are watching the response to this Kickstarter (and the upcoming “Discworld” and “Mars Attacks” hardcovers) to gauge interest in physical GURPS releases. The bottom line is, the more successful these three products are, the more likely we are to see other physical GURPS products.

Remember that all through history the way of truth and love has always won. There have been tyrants and murderers and for a time they seem invincible but in the end, they always fall -- think of it, ALWAYS.
--Mahatma Gandhi