I love my GM screen.

It’s eight glorious pages of densely-packed GURPS goodness, with at least 90% of anything I need to run any game, any time. I often say I haven’t had to crack an actual book at the table in years, and it’s true. At this point, I don’t even use it as a screen most of the time! It’s much more useful as a one-stop font of all GURPS knowledge I keep off to the side for instant reference (I use a lower, landscape-oriented version when I need an actual screen). 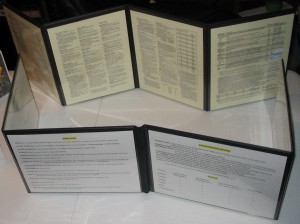 I get asked about it quite a bit, so this week I thought I would post the definitive guide to My GM Screen (sort of a companion piece to the exhaustive look at My GM Kit; also note that there is a new, clearer version of this screen available in this post).

For obvious reason, I can’t simply upload or share the entire screen — it is literally nothing but copyrighted material copied, pasted, organized, and tweaked. What I can do, though, is let you know exactly what I’ve put on there, and where, so if you want to put together your own, you can (or at least use it as a thorough base for customizing your own version).

First, a couple of general points.

Which brings us to the official GURPS GM Screen. It’s a damn good product, but the physical version has been out of print for some time. Luckily, the PDF version is always available, and is only 5 bucks. For most GMs, using that with a Hammerdog or your own do-it-yourself screen is probably a lot easier than making the one here.

Here’s an overview of the two:

My screen includes everything from the official version except for the Task Difficulty (pp. 345-346) and the Probability of Success (p. 171) tables, which I don’t really need. In addition to expanding some of that information, it also adds notes for the following:

Below is the page-by-page breakdown (or you can view a PDF version of all eight pages). Note that the blurring of the redacted sections lowered the overall quality of the images — they are not representative of the printed out sheets (which are crisp and legible). 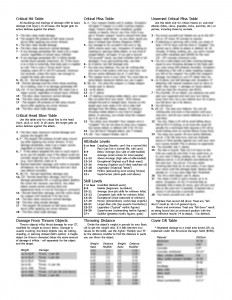 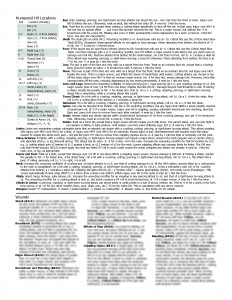 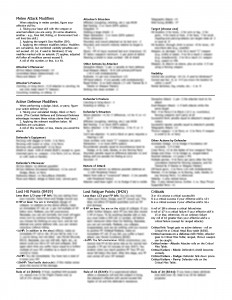 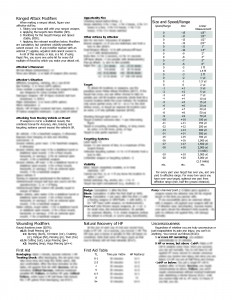 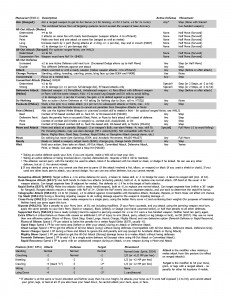 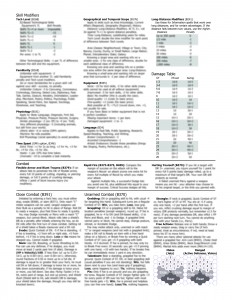 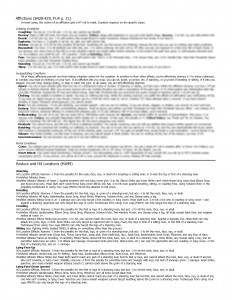 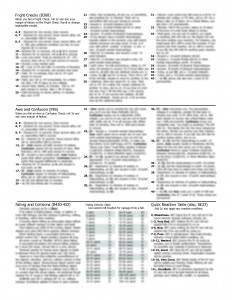 Since the 8-panel Hammerdog screen folds up accordion style, I have pages 2 and 5 in the outermost sleeves when it’s all closed up; that is, the Maneuvers and Hit Locations are the most easily accessible, since they come up the most often. If I open the screen like a book, the two facing sheets are pages 3 and 4, listing all the Melee and Ranged modifiers (as well as a lot of other useful stuff).

If I flip the screen over, I can open two more “books” of lesser-used items. One shows pages 6 and 8, Fright Checks and Awe and Confusion, and Skill Modifiers and Close/Unarmed Combat. The final pair is pages 1 and 7, various Criticals tables and the list of Afflictions.

It’s a beast, took a while to tweak until I felt like I was done, but the end result is extremely useful while GMing.

I’d love to hear what others are using on their own screens! There has to be useful info that I’ve overlooked, and I’m always happy to make changes to improve.

But, for now… it is my precious.

:: wanders away, petting his screen and muttering to himself ::