Another week, another GURPSDay full of more great GURPS material than you can shake a bag of d6s at!

Today for your gaming enjoyment, I offer up a four-person team of modern agents created with the Quick-Start rules: the Face, the Hitter, the Infiltrator, and the Shooter. They are built as “Heroic” PCs, and could be used as FBI agents, mercenaries, a ring of thieves, etc.

If you’re looking for fully realized characters along these same archetypes, be sure to check out “Action 1 – Heroes.” These four, though, are designed for fast play, and as examples of fast creation — total time to make all four characters was about 40 minutes (feels like most of that was typing!), which would naturally be closer to 10-15 minutes if they were all being created simultaneously.

I’ve really been enjoying creating Quick-Start characters the last few months. The players who have used it love being able to hit the ground running and get a game underway quickly (as do I). Sometimes they later build on the characters and expand them, sometimes they just keep them as-is. Either way, they are playable, which is the important thing.

The only real tweak I made for these agents was to give them all a second wildcard skill (“Trained Agent!”) to simulate their broad training, and the “First Aid” skill at IQ for free (for survivability and mercy).

I hope pre-made characters like this are helpful and can cut your prep down a bit. If you end up using them for anything, I’d love to hear how it goes! 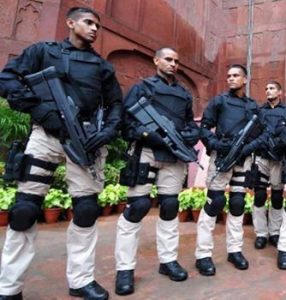