Happy GURPSDay, and welcome to the second part of creating the convention one-shot, “In Defense of House Stark”!

I ran the game three times this past weekend at Gateway 2017 and had a total blast every time (as did the players, if they are to be believed). I’ll talk a bit more about that in the post-con wrap-up post, but for now I want to finish looking at the final steps of putting the game together.

First, here is the download link for the complete package. 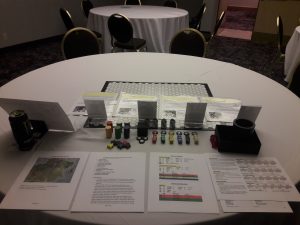 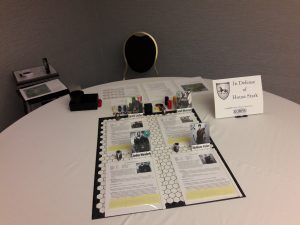 So, picking up from where we left off…

The broad strokes of the game were in place at the end of the first three steps. Here, my goal was to turn those broad strokes into actual, concrete notes I could use at the table to GM the game.

I made a few minor changes — Rickon, being only 3 years old, is left behind at Winterfell (Step 1); Ser Gregor Clegane leads the kidnappers himself (Step 2… he and Jaime Lannister both are just way too crazy tough for a four-PC group to take on) — but mostly it was just a case of adding detail to the existing ideas.

Taking the story outline from Step 2, I created eight scenes to get from “there’s an attack on Winterfell and the girls are kidnapped” to “the PCs must fight The Mountain That Rides to get them back.”

With a better idea of the possible story beats they would be hitting, at this point I went ahead and created four pre-gen characters for the group. They came in at a beefy 275-points, a pretty powerful group! As previously mentioned, they are all warriors of one type or another, and all with strong ties to House Stark.

Each character has a reason to become involved with the adventure (they are loyal to House Stark), skills that will allow them to be effective on the adventure, and a secret that could come into play and complicate the adventure (Darick’s greed makes him susceptible to Lannister bribery; Lanell’s distaste for the Tullys could interfere with the rescue; Jarden’s past dealings with Ramsay makes him vulnerable to blackmail and coercion if they come upon the Hunt; and Wyllem’s addiction could compromise his effectiveness as a party member).

At this point, it was time for the last-minute final touches — a few maps, the stand-up PC signs and tri-fold minis, rules likely to come up in play, GM Control Sheets, that sort of thing. I also put the (very evocative) “Game of Thrones” title theme on my phone so I could play it as the game opened.

And that, from start to finish, is how the GURPS adventure “In Defense of House Stark” came to be. I’d love to hear what you think now that you can download it and poke around, and also if you have any suggestions on either the final product or the creative process I’m using. Especially if you GM it somewhere, let me know how it went!